Charlie Holland, a British sailor, and his 87-year-old vessel with a 1962-Kelvin engine, the Schwalbe, have sailed every ocean over the last decade. Accompanying them on a recent voyage was a Consol Solar Jar. Charlie emailed to tell how this solar light assisted him during a voyage at sea. 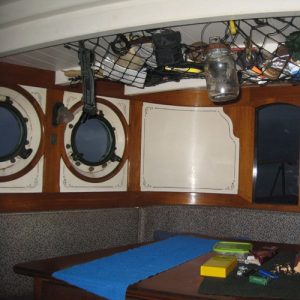 “Our Consol Solar Jar hung off a hook in the galley. In the daytime the solar light charged on the wheelhouse roof, inside a life-ring we used for curing fish. During particularly lively weather, we heard it crash to the deck. Another time, it dropped in the bilge and bounced off the steel frame that supports the engine. The Consol Solar Jar is extremely robust and after each drop, it still worked perfectly. It was especially useful at night in the wheelhouse, as the beam from the LEDs didn’t interfere with our night vision. This solar light quickly became our go-to light source for accessing all areas of the boat. Even in daytime, the forepeak needs light when looking for spare line and with its hanging handle it leaves two hands free to do the searching. The Consol Solar Jar should be available in every marine supply shop, worldwide. Every boat should have at least one!” 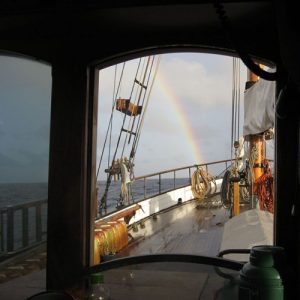